The Rush Project NY (RPNY) has triumphed hurdles and bounds. Staying true to who they are and what they play, focused on their true talent RPNY music and integrity shines through with every passing vocal line to every heart-soaring chord. With every technical and precise beat, RPNY STANDS ABOVE THE REST proving their capabilities as musicians leaving an undeniable impression…

Michael J. Maddalena started playing when he was 4 years old, renting drum sets at Haywood’s Music Store. Until his parents said, “He’s serious. It’s time to by him his own set.” Introduced to Rush, Moving Pictures in 1981, Michael was 12 years old and vinyl records were still the way to listen to music. He practiced Tom Sawyer until the record was unplayable, stripping the vinyl off three records, annoying the neighbors because he was playing the same thing again and again. Neil Peart’s magic with his 15 piece drum set, small toms, large toms, chimes, different cymbals, amazed Michael to which he hoped to one day aspire. Michael approached his drums differently, learning he had a third eye for music.

After playing for all school activities, Jazz Band to Marching Band, Jazz Ensembles to Chorus, he graduated to collaborating with three other musicians, forming his first band, Euphoria. As Sophomores in High School Euphoria won the local Battle of the Bands and was amongst the finalists at C.W. Posts College Battle of the Bands!

Through the years Michael played in numerous cover and original bands learning the importance of remaining loyal to your beliefs, surrounding yourself with positive people who also strive to remain loyal to their beliefs…bringing him to where he is today with The Rush Project NY!!! 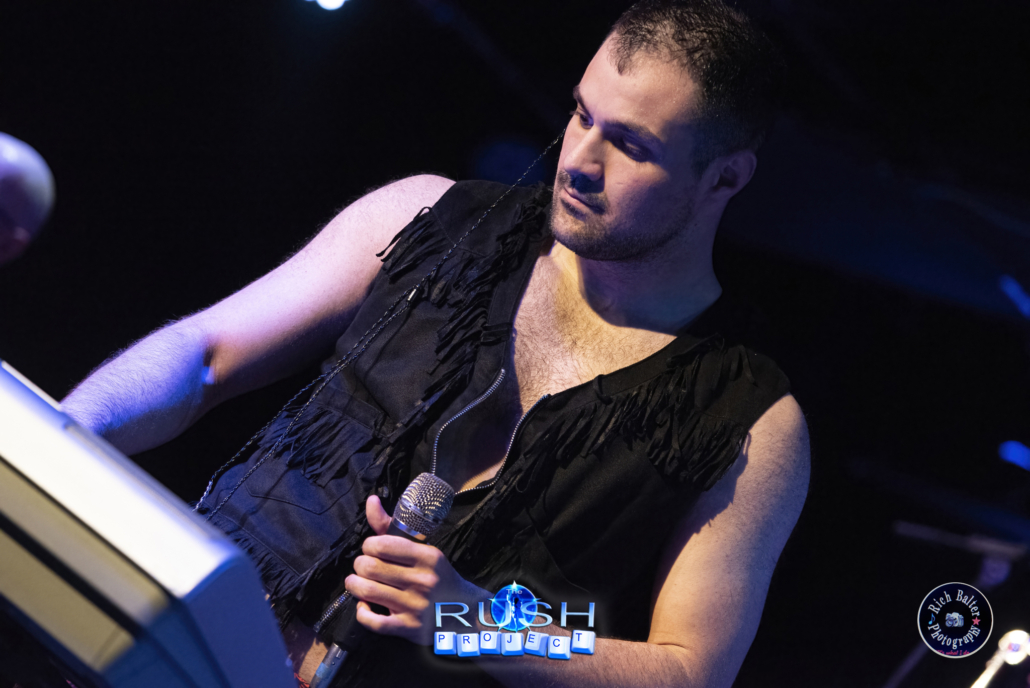 Singer Carl Surrow is a rising star. At a mere 25 years old, he collaborates and performs with veteran musicians sometimes twice or three times his age. Born in Hamburg, Germany, Carl was destined to be a jet-setter from birth. He lived in Germany, France and Switzerland before moving back to Long Island at the age of 5. Raised on classical music, as well as a healthy dose of the Beatles, Carl was a featured choirboy as well as an impressive pianist at a very young age. Although he strayed from his focus on the piano, he credits these early experiences in developing his remarkable ear for melody and musicality, as well as fostering his gift of perfect pitch. He has also become quite a proficient guitarist since then. Just before his teenage years, Carl began developing his astounding vocal range and unbridled power with the assistance of a lot of classic rock a la Rush and hair metal. While he took a bit of a hiatus from singing en route to becoming a standout baseball player in high school, he began performing professionally around the age of seventeen and has never looked back. Some of his major vocal influences include Robert Plant, Paul McCartney, Bon Scott, Michael Sweet, Geddy Lee, Rik Emmett, Jack Russell, Rob Halford, James LaBrie, Michael Kiske, Midnight, Klaus Meine, Paul Rodgers, Lou Gramm, Mark Slaughter, Don Dokken and Sebastian Bach 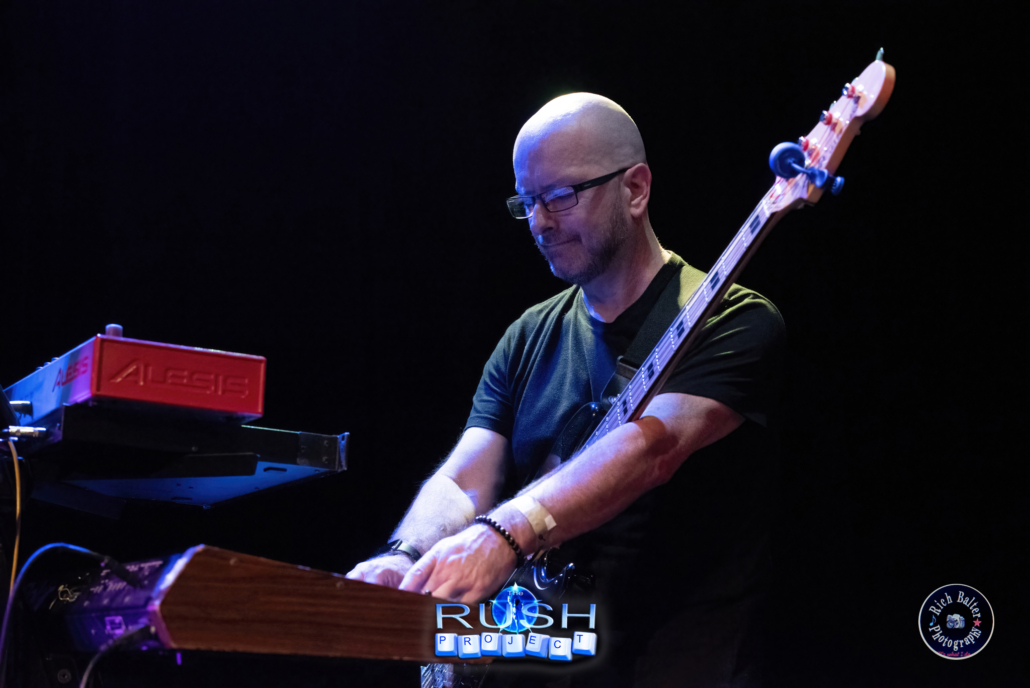 Matthew Schmidt has been an active musician since his teens throughout Brooklyn and Long Island. Most notably, he has played with Spectrum, Cat Nip, and Beaten Path. He is a singer and multi instrumentalist who plays keyboards, bass, and guitar. At the age of 13, he heard Rush’s “A Farwell To Kings”, and was immediately transformed! It was this shared love of Rush that eventually led him to team with Michael J. Maddalena when he moved to Long Island, and the two have been involved in many projects together since. In addition, he released his first and only album of original material, “Patterns”, which displayed influences not only of Rush, but of Yes and Kansas, two other favorite bands. He is honored to be a part of The Rush Project NY 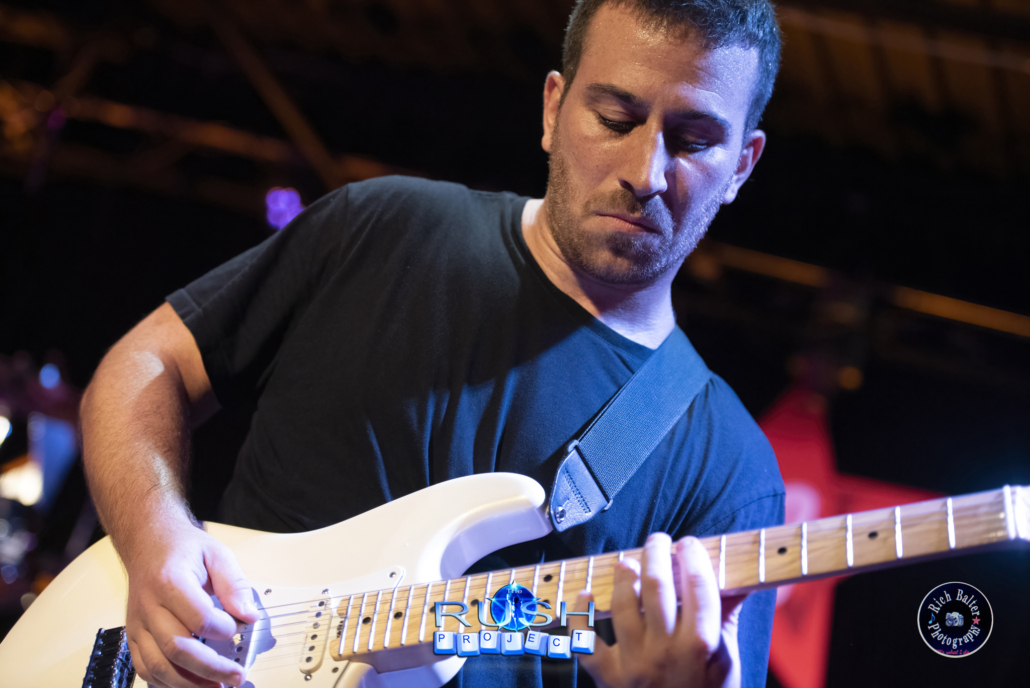 Chris received his first guitar at age ten and hasn’t put the instrument down since. He grew up on the 90s alternative rock of the time but his desire to push his abilities at the instrument eventually led him to more advanced guitar influences such as those found in fusion, metal, and progressive rock. Chris had originally dismissed Rush as a typical classic rock band until he heard the song YYZ and was absolutely blown away by the level of musicianship that Alex, Geddy, and Neil possessed. This led him to explore the vast catalog of Rush records and discover what all the hype of the three-piece band from Toronto was all about. Since then he has been hooked on all things Rush and jumps at the opportunity to play any of his favorite Rush tracks

The Rush Project NY is a tribute band seeking to celebrate the great catalog of Rush – one of Rock’s most unique and enduring artists. RPNY seeks to bring a new dynamic to Geddy Lee’s wide-ranging vocals – while staying true to Lee, Lifeson, & Peart’s essence, energy, and supreme musicianship. Our hope is bring Rush’s timeless music beyond its already rabid fan base to a new demographic… a new generation… 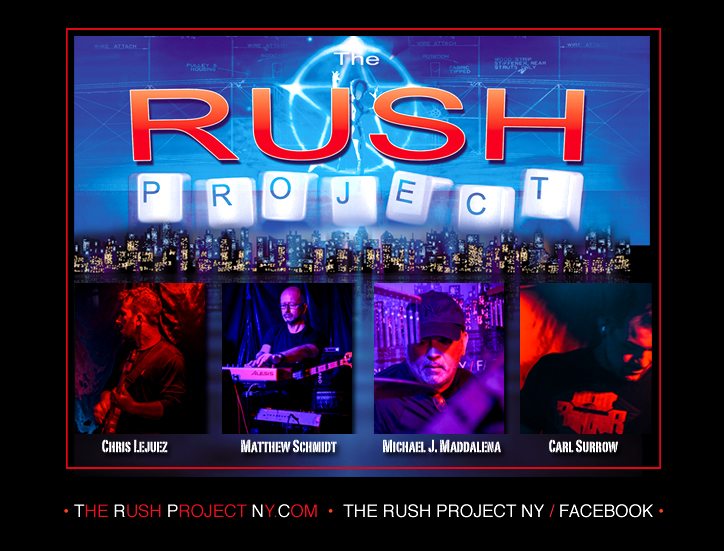